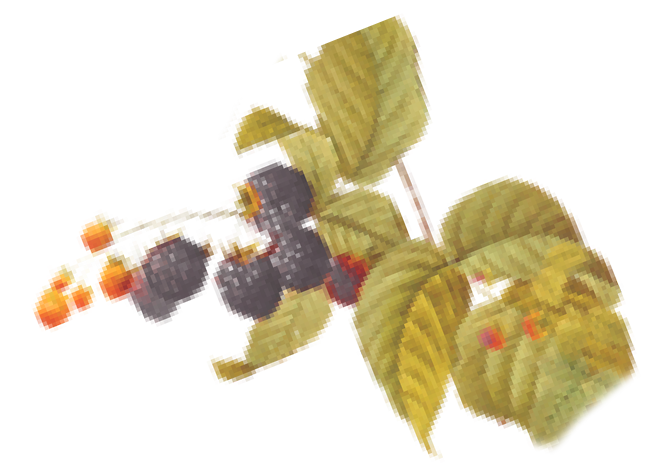 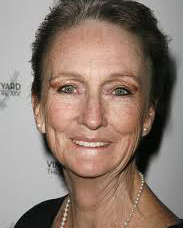 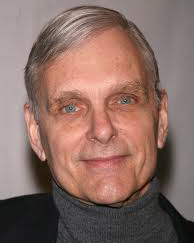 Keir Dullea’s most arresting features are his pale blue eyes and they were featured all over the screen in a number of watershed films of the 1960s. He is best known for his portrayal of Dave Bowman in Stanley Kubrick’s film 2001 A SPACE ODYSSEY. Dullea, the son of two bookstore owners was raised in New York’s Greenwich Village. He attended both Rutgers and San Francisco State before deciding to pursue summer stock and regional theatre. He made his New York City acting debut in a production of “Sticks and Bones” in 1956. His first big break came with the pilot television show ROUTE 66 and he proceeded to find other TV roles in various dramatic programs like NAKED CITY. Dullea won the Golden Globe for his portrayal of David in DAVID AND LISA, (1962). In the World War II military drama THE THIN RED LINE (1964), he played an edgy, nervous-eyed private who is pushed to his murderous brink by a brutal sergeant on Guadacanal. Dullea found stardom two years later in the play; BUTTERFLIES ARE FREE as a sensitive young blind man who attempts to wriggle free of his protective, overbearing mother as he pursues love with a free-spirited girl, played by Blythe Danner. Mr. Dullea’s other films include: Otto Preminger’s BUNNY LAKE IS MISSING, also starring Laurence Olivier, and the groundbreaking film about homosexuality THE FOX, (1967). Among his more recent work has been the role of Senator John Russell in THE GOOD SHEPARD directed by Robert DeNiro, and starring Matt Damon. 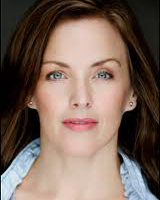 Alice won the TONY award for Best Actress, in the Pulitzer Prize winning musical; NEXT TO NORMAL. Alice’s performance as conjoined twin Violet Hilton in SIDE SHOW earned her a TONY and DRAMA DESK nomination for Best Actress in a Musical. A veteran of Broadway musicals like TOMMY and SUNSET BOULEVARD, Alice is currently performing in Paula Vogel’s play, A CIVIL WAR CHRISTMAS. She has also written and produced albums with her band, RIPLEY. 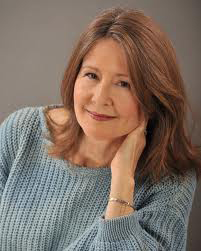 Mia made her Broadway debut in Hugh Leonard’s DA, (1978). She was nominated for the 1980 Drama Desk Award for Outstanding Featured Actress in a Play for ONCE A CATHOLIC, and the 1982 TONY award for Best Featured Actress in a Play for CRIMES OF THE HEART. Her film roles include: THE MONEY PIT, GODS AND GENERALS, ALL GOOD THINGS. TELEVISION: LOTS OF LUCK, COSBY, MARY AND RHODA, LAW AND ORDER, OUR TOWN. 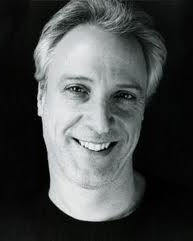 Robert is an actor and artistic director. He is the brother of actress Patti LuPone. He is a graduate of Juilliard School, having studied with Anthony Tudor, Jose Limon, and Martha Graham.
As a performer he appeared on Broadway in A THOUSAND CLOWNS (2001), TRUE WEST (2000), A VIEW FROM THE BRIDGE (1997), ST. JOAN (1977) and THE MAGIC SHOW (1974). For his performance as “Zach” in A CHORUS LINE (1976) he was nominated for the TONY Award for Best Featured Actor in a Musical.
As Artistic Director of the MCC Theater he produced FROZEN (2004) and REASONS TO BE PRETTY (2008), at the MCC Theater. They each were nominated for the TONY Award for Best Play.
On television, he appeared in five episodes of THE SOPRANOS as Dr. Bruce Cusamano (1999–2007). He appeared ON LAW & ORDER: CRIMINAL INTENT for two episodes as Nelson Broome (2003–2009. He also appeared on ALL MY CHILDREN in the 1980s. He appears in the pilot episode of the new NBC musical series SMASH.
Robert is the artistic director of MCC Theater in New York City,[ and is Director of the MFA Drama Program at The New School for Drama, New York City. 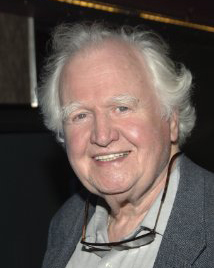 Malachy was born in Brooklyn, USA and from the age of three was raised in Limerick, Ireland. A very undistinguished academic career plus the need to eat led him to leave school at the age of thirteen to begin work in Ireland and England as a laborer. At the age of twenty he returned to the land of his birth working at manual tasks such as longshoreman, truck loader, dishwasher, until he became an actor. That career took him to Broadway and Off-Broadway in plays such as MASS APPEAL, DA, THE HOSTAGE, INHERIT THE WIND, CAROUSEL and TRANSLATIONS.
Malachy was a frequent guest on the Tonight Show, Merv Griffin and Tom Snyder shows and most recently he was a guest on Conan O’Brien and the Late, Late Show on CBS.
FILM: MOLLY MAGUIRES, SHE'S THE ONE, THE DEVIL'S OWN, GREEN CARD, HAPPY HOUR, GURU OF SEX, GODS AND GENERALS, ASH WEDNESDAY and TV movies such as YOU CAN'T GO HOME AGAIN and THE DAIN CURSE, and the HBO prison series OZ. Malachy’s most recent film role is the role of Father in Edward Burn’s "FITZGERALD FAMILY CHRISTMAS”
Malachy is the co-author of the play A COUPLE OF BLAGUARDS with his brother Frank, and has written his own New York Times bestseller memoir, A MONK SWIMMING published by Hyperion Press. Malachy is happily married to Diana for almost four decades, has five grown children and is grandfather to four. 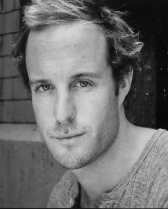 Nick is a native Australian and he first trained at the Australian Theatre for Young People from1998-1999. Inspired to move to NYC, he attended the Atlantic Theater Company’s two-year conservative acting program, graduating in 2002. Since then, his love for theater has led him to perform in many productions all around the country and the world. Some of his favorites include BALM IN GILEAD, THE BOYS, MERCY THIEVES AND HOW THE OTHER HALF LOVES by Alan Ayckbourn, to name a few. Stevenson has also appeared in numerous films and television shows. Most recently, he was seen appearing opposite Jim Caviezel in PERSON OF INTEREST. He has a recurring role in the new series ORANGE IS THE NEW BLACK set for release by Netflix in 2013. Nick’s voice can be heard on many famous ad campaigns for Gillette, Energizer Batteries, British Airways, The Sydney Morning Herald, Drunk Driving Ad Campaigns, Louis Vuitton, McDonald’s and The Weinstein Company, among others.
Nick has performed stand-up comedy at some of New York’s hottest venues including Carolines, The Comic Strip and Gotham Comedy Club. He currently resides in a river town in New York with his beautiful wife Lauren. 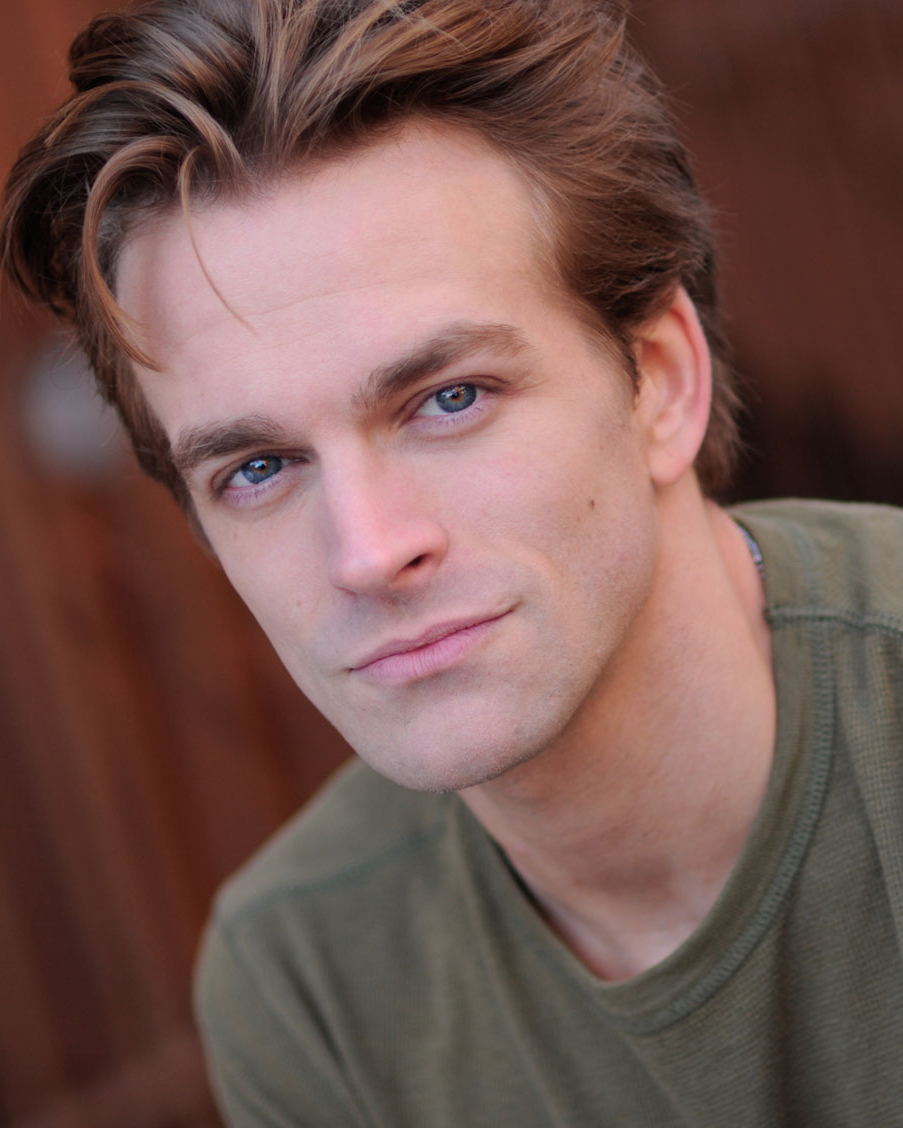 Jonah studied at The Barrow Group School in 2009, and The Stella Adler Studio of Acting in 2010. Jonah got his first Leading role in 2010, as "Matt" in the film SALVATION BY BLOOD. He has since played both supporting, and lead roles in a handful of independent films, and TV shows. Jonah is a true character actor, and continues honing his craft, and approaching interesting roles in Film, Theater, and Television. 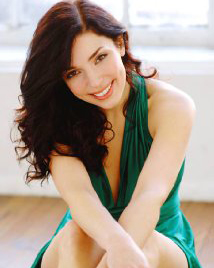 A native of New York City, Alexandra love of acting and performing can be traced back to her early childhood when she refused to watch anything besides The Nutcracker Ballet, Showboat, and the Magic Flute. She began dancing with Earl Mosley at the age of 10 and was taken under his wing as a dancer at Ballet Hispanico and Alvin Ailey where she studied ballet and modern dance. At the age of 13, she began work with the Creative Arts Team Youth Theater in New York City, where she created, and performed in many productions.
Alexandra studied theater at New York University's Tisch School of the Arts, where she received a BFA in Theatre. Further studies include the Playwrights Horizons Theater School, Stonestreet FIlm and Television Studios, and the Atlantic Theater Company. She has performed in numerous productions in and around New York City, including SUICIDE IN B FLAT; JUST A READING; THE ENABLER; AND BLOOD LODGE.
When not on the stage, Alexandra keeps busy working on independent feature films and is currently starring in CUT TO BLACK from award winning director Dan Eberle. The rare and wonderful creature known as Alexandra can often be found in Brooklyn, where she makes her current residence. When not working, she can be found running long distances, at various yoga studios, climbing mountains, and basking in the glow of her own awesomeness. 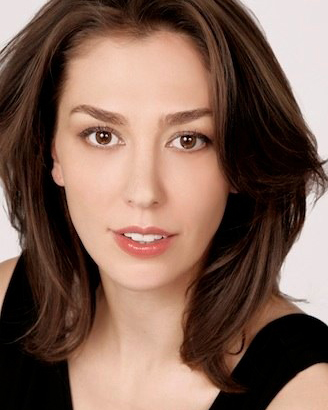 Despite being the tallest actress working today, Ms. Morosco was murdered in HIPPOLYTA, and ‘TIS PITY SHE’S A WHORE, poisoned as Gertrude in HAMLET, and suffered impolite tea as Gwendolyn, in the IMPORTANCE OF BEING EARNEST, all at the American Shakespeare Center’s Blackfriars Playhouse. She was also secretly pregnant ... twice as Helena, ALL'S WELL THAT ENDS WELL, and THE DUCHESS OF MALFI. Desperate to speak in prose, she haunted one husband; BLITHE SPIRIT, and froze another one to death in THE SMELL OF THE KILL, both at Wayside Theatre. Looking to expand her repertoire beyond death, labor, and tea, she performed the Courtesan in COMEDY OF ERRORS ... twice. Inching toward civility, she appeared in THE ROVER at the New York Classical Theatre, WAY OF THE WORLD at Yale Rep, and SCHOOL FOR SCANDAL at Pittsburgh Irish & Classical Theatre. Seeking solace in southern hospitality at the Tennessee Shakespeare Company, she discovered that women can rule the world: Cassius in JULIUS CAESAR, yet don’t, Emilia in OTHELLO, but sometimes they get the boy Helena, A MIDSUMMER NIGHT’S DREAM. Satisfying a hunger for the film world, Vanessa plays Laura opposite Alice Ripley’s Caroline in ISN’T IT DELICIOUS. She is thankful for each production’s cast, crew, and artistic team, (not to mention the audience). Vanessa has a Master's Degree in Ethics from Yale University. 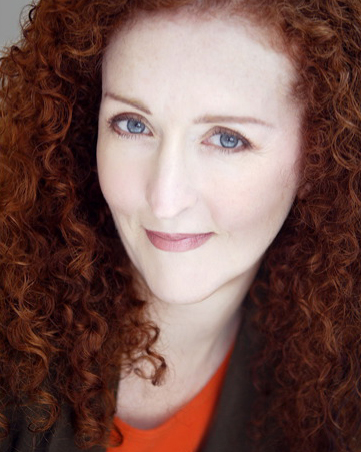 Suzanne Hayes-Kelly is an actress, and producer. She won Best Actress in a Drama at the 2000 Brooklyn Film Festival for her role as Jace in the short film; THE SPIRAL. She also played Frieda, in the short film ONLY JOKING which won Best Comedy at the 2002 Dragon*Con Film Festival. Suzanne has worked on stage regionally and in New York; her favorite roles include Trinculo in THE TEMPEST, and Henry VI in HENRY VI, PARTS I, II & III in cross-gendered productions with Judith Shakespeare Co., as well as Titania in MIDSUMMER NIGHT'S DREAM and her all time favorite role of Louise Seger in ALWAYS, PATSY CLINE which she starred in twice at Tri-State Actor's Theatre in NJ. Suzanne has been seen in many regional and national commercials including Burger King, Pizza Hut, and The Houston Post. 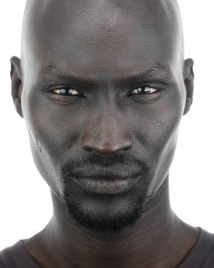 Ger was born in Akobo, South Sudan in 1978. He is the fifth child of ten born to mother, Nyathak Muon and father, Thabac Duany. He was forcefully recruited as a child soldier during the Second Sudanese Civil War. However, Ger successfully fled to Ethiopia at age 14, then to Kenya and finally sought refuge in The United States when he was sixteen, hence becoming one of the Lost Boys of Sudan. Ger made his debut as an actor in the 2004 philosophical comedy film; I HEART HUCKABEES. Ger was chosen for the role because the film's producer and director David O. Russell wanted someone who had endured the real life experience of being a refugee. In 2010, Ger made an uncredited cameo appearance in another Russell film; THE FIGHTER, starring Mark Wahlberg and Christian Bale. He recently starred as Rocky, in the film RESTLESS CITY, and in 2011, he co-produced the documentary GER: TO BE SEPARATE, about his journey from a war child to refugee, to actor and international model, documenting his return to South Sudan, where he voted for the first time while celebrating the country's newly acquired independence on 9 July 2011.

Alice Ripley arrives on set.
Kathleen Chalfant waits as the lights are set.